July 7, 2008 - BSD Medical Corp. said today seven new BSD-500 hyperthermia systems have been purchased by major cancer treatment center in the U.S.
The most recent purchase was by the Massey Cancer Center at Virginia Commonwealth University located in Richmond, VA. Other notable cancer care hospitals that have also purchased or installed BSD hyperthermia systems this year include:

The BSD-500 systems purchased by these cancer institutions are employed to treat various types of cancer. Hyperthermia is used to make cancer cells more sensitive to radiation as well as destroy cancer cells directly. In Phase III clinical trials where hyperthermia was combined with radiation, hyperthermia improved two-year local control of melanoma from 28 percent to 46 percent, complete response for recurrent breast cancer from 23 percent to 68 percent and the five-year survival rate from zero percent to 53 percent in patients with head and neck cancer, compared to the use of radiation therapy alone. 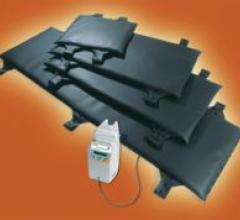