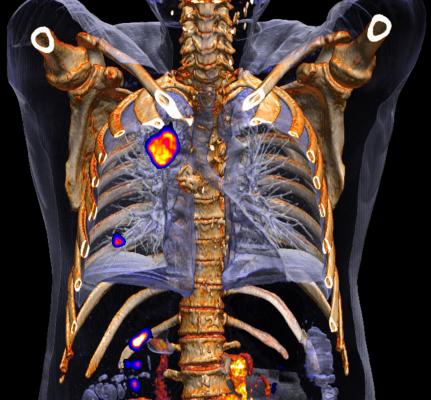 For decades, 3-D CRT has been the standard of care for the treatment of lung cancer. The technique shapes radiation beams aimed in straight lines to match the shape of the tumor. In contrast, IMRT is a newer, more-advanced technique that sculpts and molds radiation beams to tumor targets, using substantially more complex radiation beam arrangements than 3D-CRT. In turn, IMRT can spare more normal tissue than 3D-CRT with high doses of radiation, explained Chun.

“IMRT was developed more than a decade ago and because it’s been shown to reduce toxicity, it has been accepted to treat prostate, brain, and head & neck cancers,” said Chun, the study’s lead author. “There have been a number of smaller studies, including research led by MD Anderson, looking at IMRT and lung cancer. This is the first analysis of a prospective clinical trial to show a reduction of toxicity associated with IMRT in locally advanced lung cancer and could lead to a major change in the way radiation therapy is delivered for the disease.

“The data from our study makes a strong argument that we should routinely consider use of IMRT in locally advanced lung cancer,” Chun continued.

This study is a secondary analysis of data collected from the NRG/RTOG 0617, a large, multi-center phase III randomized trial of patients with locally advanced NSCLC. The study originally enrolled patients from 2007 to 2011 and compared a high dose of 74 Gy to the standard dose of 60 Gy. All underwent concurrent chemotherapy (carboplatin/paclitaxel, with or without cetuximab) and either 3-D CRT or IMRT. In NRG/RTOG 0617, 482 patients were treated with radiation – 53 percent with IMRT and 47 percent with 3-D CRT.

The study found 44 percent fewer cases of severe pneumonitis (defined by the researchers as lung inflammation that required oxygen, steroids or mechanical ventilation, and/or led to death) in patients who received IMRT – 3.5 percent of patients, despite having larger tumors, compared to 7.9 percent of the 3-D CRT group. While the benefit of IMRT was seen in all tumor sizes, the reduction of severe pneumonitis was more pronounced in larger tumors, explained Chun.

Additionally, those who received IMRT were more likely to complete consolidative chemotherapy – 37 percent, compared to 29 percent in those treated with 3D-CRT. High-dose chemotherapy after completing chemotherapy with radiation is considered to be standard for locally advanced lung cancer.

One of the principles of IMRT, explained Chun, is to bring in many complex beams to converge on a target, producing a high dose on the target and dramatically sparing nearby adjacent tissue. By using multiple beam arrangements, this leads to spreading of a low-dose bath such as the volume of lung that received 5 Gy of radiation.

“It’s been unclear what the consequences of that low-dose bath are. What we’ve seen in this study is that indicators of the low-dose bath that’s increased by IMRT had no association with any severe toxicity outcome. This finding suggests that we should be optimizing radiation treatment by the high and intermediate dose region, and not the low-dose region,” said Chun.

IMRT is more time-intensive and costly, said Chun, yet the study showed a dramatic reduction in severe toxicities. These findings have the potential to reduce the number of hospital admissions and improve quality of life for this patient population, he explained. 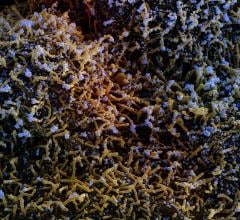 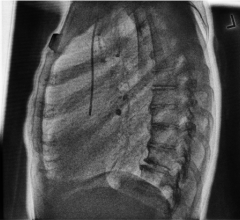