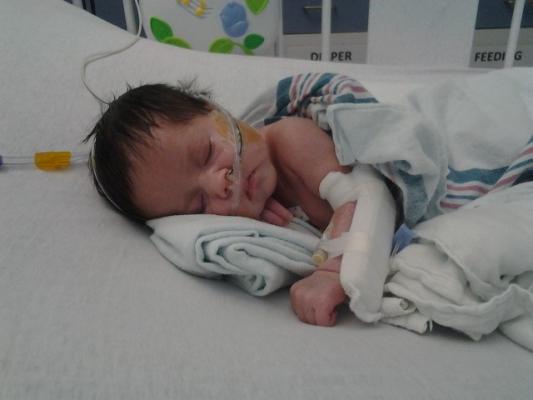 September 6, 2017 — Guerbet LLC USA announced that the U.S. Food and Drug Administration (FDA) has approved Dotarem (gadoterate meglumine) for intravenous use with magnetic resonance imaging (MRI) in pediatric patients under two years old, including term neonates. The contrast agent can be used to detect and visualize areas with disrupted blood brain barrier and/or abnormal vascularity of the central nervous system (CNS).

Dotarem was previously approved for this use in patient populations over the age of two.

The FDA's review was based on a study showing that at the standard dose (0.1 mmol/kg),1 the pharmacokinetic (PK) and safety profiles in pediatric patients under two were similar to those of older children and adults.

The clinical study enrolled 51 pediatric patients in nine centers, with ages spanning from term neonates to 23 months and with normal renal function. It evaluated 45 pediatric patients for PK profile and safety, including five subjects aged less than one month and nine subjects aged one to three months. It assessed efficacy in a subset of 28 subjects who underwent an MRI examination of brain, spine and associated tissues.

In this pediatric population the observed safety profile of Dotarem was consistent with what has been reported in older populations. In one patient, rash was reported as a moderate adverse event (AE). Serious AEs unrelated to Dotarem were reported in one out of 45 patients. Evaluation of images from contrast-enhanced MRI of the CNS supported extrapolation of CNS efficacy findings reported in adults and older children.

Dotarem is the only macrocyclic and ionic gadolinium-based contrast medium (a kind that provides high molecular stability) available in the United States.