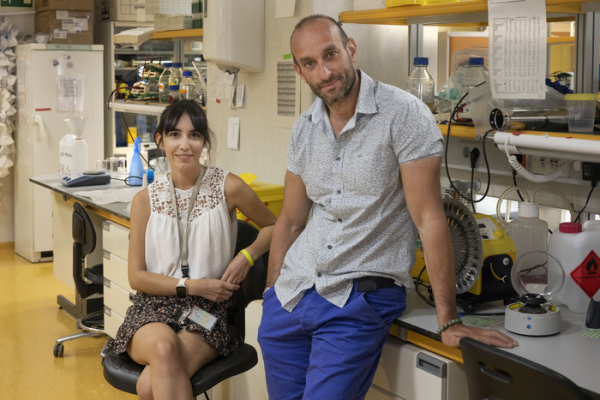 September 15, 2022 — The intestine is very susceptible and is affected by the harsh conditions caused by DNA-altering agents, such as radiation and chemotherapy, during cancer treatment. For example, many patients with tumors in the gastrointestinal cavity receive radiotherapy, a treatment that often also damages the healthy intestine and affects its regenerative capacity. It is therefore very important to understand how intestinal epithelial regeneration occurs. The cellular and molecular mechanisms involved in this key process are not yet fully understood.

Researchers at the Spanish National Cancer Research Centre (CNIO) have now discovered one of the cellular and molecular mechanisms essential for the regeneration of the intestinal epithelium. This finding lays the foundations for stimulating this process if it fails, and for protecting it against damage caused by radiotherapy and chemotherapy.

According to the study, what prompts intestinal stem cells to regenerate the mucosa depends on the communication between different cell types in the epithelial tissue. The researchers have also found a way to intervene in this communication, and thereby, boost intestinal regeneration.

The paper is published this week in Journal of Experimental Medicine. The research is led by the head of the CNIO's Growth Factors, Nutrients and Cancer Group, Nabil Djouder, and Almudena Chaves-Pérez and Karla Santos-de-Frutos are first authors.

The group has spent years researching how to improve the regeneration of various organs—particularly the liver and intestinal mucosa—and thus mitigate the effects of radiotherapy. Their findings during this period have been published in high-impact journals.

"Regeneration of the intestinal epithelium is very important in the proper functioning of the intestine," explains Djouder. "Until now, we knew that it was driven by powerful mitogenic factors—proteins—that stimulate the proliferation of intestinal stem cells, but we didn't know how these factors were regulated."

This new study suggests that—unexpectedly for the researchers— it is the progenitor cells involved in regenerating the epithelial mucosa that modulate the production of mitogenic factors. The process is as follows: when severe damage occurs, injury to the progenitor cells leads to tissue inflammation; this in turn slows down the production of mitogenic factors and thus the proliferation of stem cells and the subsequent regeneration of the mucous membrane.

"For us, this communication between at least four different cell types is new: progenitor cells, which differentiate to form the epithelial mucosa; cells that secrete mitogenic factors; inflammatory cells; and intestinal stem cells themselves," says Djouder. "This communication must be very well controlled, so that the tissue responds appropriately to aggressions."

"That progenitor cells communicate with inflammatory cells and coordinate the proliferation rate of intestinal stem cells is fascinating," he adds.

Reducing the side effects of Radiotherapy

"This study has allowed us to better understand cell cooperation in order to find new ways to reduce adverse effects in traditional cancer treatments," say Chaves-Pérez and Santos-de-Frutos, lead authors of the paper.

The group has also confirmed findings observed in previous work, namely that c-MYC oncogene plays a key role in regeneration. Due to radiation damage and the increase of c-MYC in progenitor cells, inflammation in the intestine increases and mitogenic protein levels are reduced; however, by removing or inhibiting c-MYC, the process is reversed: inflammation is reduced, mitogenic factors increase and intestinal regeneration during severe damage improves.

"Our data show an unexpected role for progenitor cells in the control of inflammatory signalling and mitogenic factor production, essential for maintaining intestinal stem cell proliferation and tissue regeneration," the authors write.

The finding, they say, breaks new ground in research into how to counteract the side effects of radiotherapy in patients with gastrointestinal cancer.

The work has been funded by the Ministry of Science and Innovation, the Carlos III Health Institute, the European Regional Development Fund, the Community of Madrid and the Spanish Association Against Cancer.