CSA Medical Set to Put the Freeze on Thoracic Disease

September 8, 2008 - A new medtech spin-off from CSA Medical Inc. is reportedly about to give cancer patients and their caregivers a reason to breathe more easily.

In July, Reset Medical Inc. secured $8.6 million in investments and is now poised to distribute CSA Medical Inc.’s endoscopic cryospray ablation (CSA) tool for use worldwide in the treatment of cancers and other diseases of the chest, lungs and airway. Additional products, customized for various thoracic diseases, are now under development.

CSA Medical's CryoSpray Ablation System, which has been cleared by the FDA, is reportedly an effective treatment that delivers a low-pressure, noncontact spray of liquid nitrogen using a standard endoscope for destroying unwanted tissues. The CSA System has been successful in treating esophageal cancer and Barrett's esophagus, a pre-cancerous disease caused by chronic acid reflux, in nearly 50 major U.S. healthcare institutions and comprehensive cancer centers.

There are three new clinical trials underway to investigate the technology as a treatment for a range of ailments, including malignant and benign obstructive airway disease and pleural disease. Other studies being planned will include chronic bronchitis, emphysema and asthma. 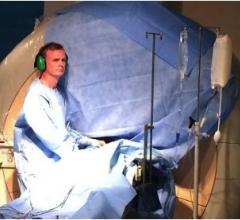