The recent 2016 annual meeting of the Society for Imaging Informatics in Medicine (SIIM) in Portland, Ore., featured many key topics pertinent to this industry’s future growth. While there, I had the opportunity to discuss several of these issues with top industry leaders.

The society welcomed its new board chair, Paul G. Nagy, Ph.D., CIIP, FSIIM. He is associate professor at Johns Hopkins University School of Medicine and co-director of the Johns Hopkins Medicine Technology Innovation Center in Baltimore, Md. Nagy has been an incredibly important and prolific force in medical imaging informatics and within SIIM. I had the opportunity to discuss the main challenges to adaptive change in healthcare IT, and the adaptive leadership skills necessary to complement technological changes in a clinical setting with him at SIIM 2016. He also discussed his vision for SIIM as he assumes leadership as incoming chair. You can watch the video at http://bit.ly/2adKJdp.

itnTV caught up with opening keynote speaker and SIIM treasurer Rasu B. Shrestha, M.D., MBA, chief innovation officer, University of Pittsburgh Medical Center and executive vice president, UPMC Enterprises, to discuss the dynamic changes that imaging is facing today. You can hear his viewpoints at http://bit.ly/29L6bSN.

This marked the third year for the SIIM Hackathon. itnTV sat down with Marc D. Kohli, M.D., Hackathon Committee co-chair, SIIM Board of Directors and director of clinical informatics at UCSF, to discuss some of its new objectives and future plans. At this year’s Hackathon, attendees were able to see teams of coders, CIIPs, physicians and IT professionals working together to solve healthcare’s current problems and to shape a better future using the new, Web-based Health IT standards of SIIM’s SWIM, HL7, FHIR and DICOMweb. Check out the video at http://bit.ly/29SL0hb.

The 2016 Dwyer Lecture, “Peering into the Future Through the Looking Glass of Artificial Intelligence,” was presented by Eliot L. Siegel, M.D., FSIIM July 1 at the closing session of the meeting. Siegel is professor and vice chairman of imaging information systems, University of Maryland School of Medicine; chief of imaging, VA Maryland Health Care System. During the conference, we had the opportunity to talk with him about the current state of the industry in computer-aided detection and diagnosis. You can hear Siegel’s views at http://bit.ly/29L6vAP.

New this year is the SIIM Innovation Challenge, which offered a prize of $10,000 to the winning team to help support innovation, exploration and development to raise awareness and engagement in innovation efforts that will help shape the present and future of imaging informatics. Co-chairs Ram Chadalavada, M.D., MS, CIIP and Adam Kaye, M.D., MBA, CIIP, discussed some of the innovative ideas presented at this year’s challenge, and future plans, with itnTV at http://bit.ly/2a5Hwvh. During the SIIM 2016 general closing session, the winner of the prize was announced and awarded to James J. Morrison, M.D., interventional radiologist and clinical informatics fellow from Oregon Health and Science University (OHSU) for his project, Voice Enabling the Image Enterprise. Morrison and his OHSU team — Jonathan Steinberger, M.D., Steven Kassakian, M.D., and Eric Leung, Ph.D. candidate —  were one of four finalists who demonstrated their projects in the Science and Innovation Pavilion throughout the annual meeting, and then gave final pitch presentations to a panel of judges representing the fields of clinical medicine, informatics, business and finance.

Be sure to mark your calendars for the SIIM 2017 annual meeting, June 1-3 in Pittsburgh. 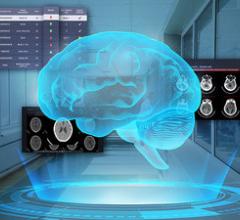