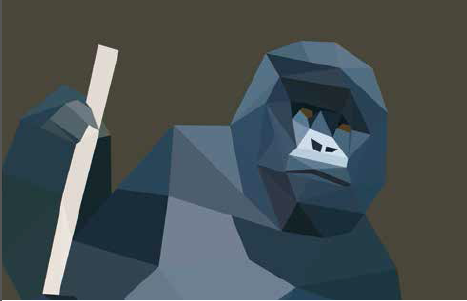 A slam against radiology is probably the last thing anybody would expect to see in fallout coming from the new U.S. president. And so far there has been nothing. In literally thousands of Trump tweets over the last several years, radiology has not been mentioned once. And that is exactly why radiology needs to be on the lookout. Big time!

It’s not what the tweets say but the effect they have — how Trump tweets distract and how they might provide cover for the gorilla that could be coming for radiology.

To see this, we first must consider the phenomenon of “Trump tweeting.” In early December, the President-elect took aim at Boeing for “out of control costs” on a new Air Force One — “more than $4 billion. Cancel order!” he tweeted.

A big company with lots of military contracts, booming sales of commercial planes and a soaring stock price, Boeing was an irresistible target for the soon to be Commander in Chief. And world media from CNBC to the BBC, The Guardian to WirtschaftsWoche quickly scrambled to report the “news.”

The tweetfest continued after Mr. Trump moved into the White House. And it wasn’t all about Boeing. In the three weeks since inaugural day (Jan. 20 to Feb. 10), more than 130 Presidential tweets were sent, according to a search on Trump Twitter Archive. Those tweets gripped the nation’s attention, appearing daily on websites and in newspapers, nightly on network news, distracting the public from the substance of what was going on.

To understand the significance of this for radiology, we must consider the phenomenon of the “invisible gorilla.” But first we must look at the economic barrage that radiology has struggled against in recent years.

More than a decade ago, as editor of the newsletter DI SCAN, I suggested in a series of commentaries that radiology launch a public awareness campaign. Radiology, I warned, was not properly appreciated by the public. And, because radiologists are “doctors’ docs,” it has no grassroots support among patients, making it an easy target for politicians wanting to “do something” about spiraling healthcare costs.

From 2006 to 2013, the Centers for Medicare and Medicaid (CMS) repeatedly cut radiology payments. The bundling of reimbursement codes for computed tomography (CT) of the abdomen and pelvis led to a 29 percent drop in payments in 2011, according to a study by Thomas Jefferson University researchers. In 2012 and 2013, the volume of CT procedures dropped 5.5 percent annually, according to the IMV Medical Information Division.

In 2013 the Protecting Access to Medicare Act of 2014 (PAMA) directed CMS to develop an appropriate use criteria (AUC) program for advanced diagnostic imaging services, singling out magnetic resonance (MR), CT and molecular imaging. It is no coincidence that the highest profile modalities — the ones with the costliest machines and the highest charges — continue to be lightning rods for politicians. And that brings us to the gorilla and the presidential tweets that could make it invisible.

Cognitive psychologists call this phenomenon of invisibility “inattentional blindness.” (It is also known as perceptual blindness and change blindness.) It happens when observers see only what they are looking for, even when other options are right in front of them.

This phenomenon was most famously demonstrated in a study that asked volunteers to count the times players passed a basketball. Absorbed in the counting, the volunteers did not notice a person in a gorilla suit walking right through the players.

Radiologists are not immune. In a study at Brigham and Women’s Hospital in Boston, 24 radiologists were asked to detect lung nodules. “A gorilla, 48 times the size of the average nodule, was inserted in the last case ... 83 percent of the radiologists did not see the gorilla,” the researchers wrote, even though the majority, as revealed by eye tracking, looked directly at it.

Will radiology fail to see the approaching gorilla of reimbursement cuts, if and when it comes again? There are plenty of reasons to be alert.

In his bid for the Presidency, Mr. Trump attacked ObamaCare relentlessly as Republicans voted repeatedly — and unsuccessfully — to repeal it. Both had cited this program as the cause of rising insurance premiums. Hoping to leverage the seismic shift in Washington that occurred last November, Mr. Trump and Congressional Republicans are trying to come up with a “replace/repair” plan for ObamaCare.

Assuming they succeed in the ouster of ObamaCare, if insurance premiums (or healthcare costs) rise, Congressional Republicans and Mr. Trump will want a scapegoat, something the President can tweet about with impunity. What branch of medicine will it likely be? (Hint: Which lacks grassroots support? Which depends on costly machines and high charges?)

Maybe it isn’t a bad idea for radiology to keep an eye out for gorillas.

Greg Freiherr has reported on developments in radiology since 1983. He runs the consulting service, The Freiherr Group. Read more of his views on his blog at www.itnonline.com.&nbsp;