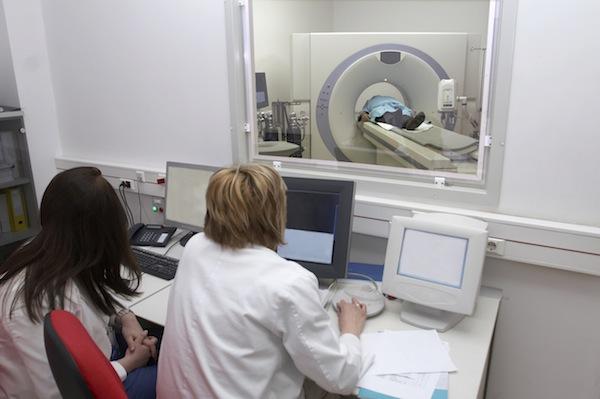 July 30, 2012 — A study (Lee and Levy) published in the August issue of Health Affairs reconfirms results of previous studies that imaging use in Medicare is down significantly over the last several years (Moran Report) and that imaging is among the slowest growing of all physician services among privately insured Americans (Health Care Cost Institute). However, the list of factors cited for this decline is incomplete and the drop in imaging use is not without adverse consequences.

Imaging utilization has tightened due to a number of factors, including greater use of evidence-based American College of Radiology (ACR) Appropriateness Criteria and electronic physician order entry systems based on these guidelines, which ensure that patients get the right scan for the right indication. These tools have been shown to improve quality, reduce unnecessary scans and lower imaging costs. Efforts such as Image Gently and Image Wisely have made providers aware of opportunities to reduce radiation from imaging exams and reduce unnecessary use of scans. In addition, increasing numbers of imaging facilities are becoming ACR-accredited, which helps improve quality and reduce duplicate scanning due to poor-quality images. These efforts have undoubtedly contributed to lower utilization.

A study recently published in the Journal of the American Medical Association (JAMA) shows similar utilization patterns (down in recent years) in integrated healthcare systems, as well as fee-for-service settings, meaning reimbursement has little to do with physician ordering decisions. However, the imaging cuts have, in fact, damaged patient care. For example, a December 2011 study in Health Affairs found that as many as 12,000 American seniors may have suffered broken bones due to Medicare cuts in reimbursement for just one type of imaging scan (dual energy X-ray absorptiometry, or “DEXA”). This is only one example of detrimental effects of more than $5 billion in Medicare imaging cuts since 2005.

These drastic cuts are causing imaging providers to cut back or close services, says the ACR. According to the U.S. Food and Drug Administration (FDA), there are now 207 fewer mammography facilities and nearly 1,200 fewer mammography scanners available to American women than in January 2007. These cuts and closures are forcing seniors to commute further and wait longer to receive care, and may force seniors to pay more out of pocket in co-pays as imaging access retreats to the larger hospital setting, where care is more expensive.

Various studies show that imaging exams are directly linked to greater life expectancy and for many indications, declines in mortality rates. Scans are also safer and less expensive than many of the invasive procedures they replace. For many serious indications, imaging exams reduce the number of invasive surgeries, unnecessary hospital admissions and length of hospital stays. Although radiology benefits managers (RBMs) have been used in the private sector for 10 years, there has been no scientific, peer-reviewed research on their safety or impact on administrative costs. In fact, a Patient Advocate Foundation (PAF) report found that insurance coverage denials to patients seeking critical imaging services have doubled over the last four years, while 90 percent of the reversed denials for imaging services were actually covered in health plan language.

“This Health Affairs study further supports the fact that medical imaging scans are being more efficiently used and are not a primary driver of rising healthcare costs. Medicare spends the same amount on imaging services now as in 2003—virtually unheard of in the healthcare arena. This is likely the case among the privately insured as well. Those who contend that imaging is primarily responsible for rising costs are either misinformed or purposefully misinforming others. RBMs deny needed care and intrude on the doctor-patient relationship at critical times. Arbitrary, backward-looking limits on care may slow or even reverse gains against cancers and other serious illnesses and deny patients access to potentially lifesaving services,” said Paul Ellenbogen, M.D., FACR, chair of the ACR Board of Chancellors.