Taking a population health approach can increase the number of patients being scanned and the number of early, treatable cancers detected 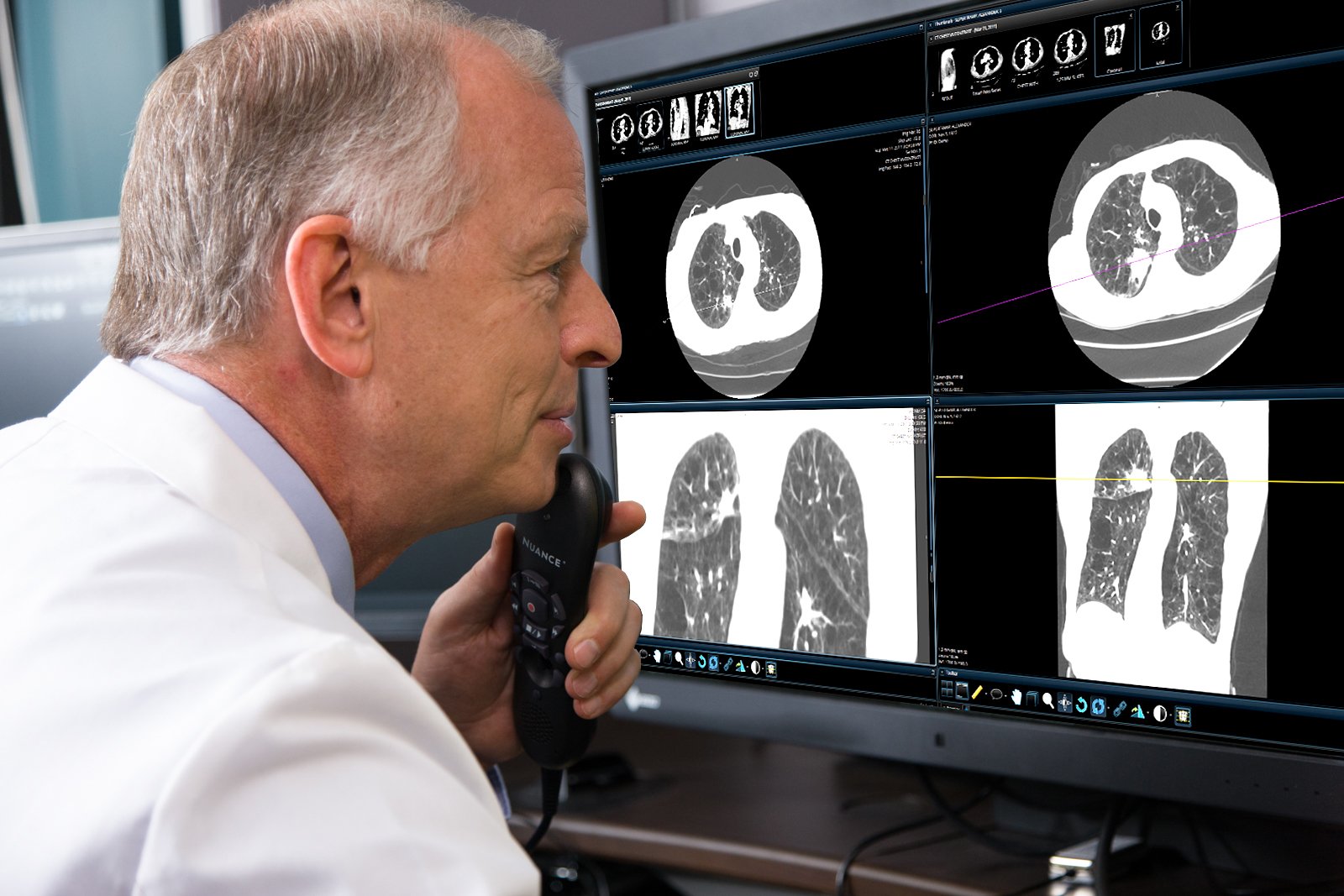 Over the last several years in the U.S., healthcare providers have been trying to shift their focus to more preventive care to keep healthcare costs down. This has placed a greater emphasis on screening large segments of the population for various diseases in an attempt to catch them earlier. Low-dose computed tomography (LDCT) screening has emerged as a powerful tool in the early detection of lung cancer, following a B rating by the U.S. Preventive Services Task Force (USPSTF) in 2013. Widescale implementation of LDCT screening has proven a challenge, but new technologies and concepts are helping expand this potentially lifesaving service to more people who may need it.

Under the Affordable Care Act (ACA), all medical exams or procedures that receive a B recommendation or higher from the USPSTF must be covered by Medicare and private insurance. Annual LDCT screening for lung cancer received a high B for current and former smokers, aged 55 to 80, with a history of heavy smoking (two packs per day over 20 years or one pack a day over 30 years).

The stipulations require healthcare providers to gather certain data about their patients — but a recent study suggests that is proving more difficult than expected. The study authors looked at lung cancer screening procedures at the Minneapolis Veterans Affairs (VA) Health Care System. They found that only 23 percent of eligible patients had tobacco pack-year history data in their electronic health record (EHR) — the key determinant for screening eligibility. Of the patients for which this data was available, 66 percent were invited for screening, but only 19 percent completed screening.1 These findings are supported by recent data from the American Society of Clinical Oncology (ASCO) indicating that only 1.9 percent of eligible smokers were screened in 2016.2

While total screening numbers were low, the assessment did reveal a total of 179 incidental findings among 116 patients, and 20 percent of the findings were deemed clinically significant.1

The other difficulty with low-dose CT screening is that a large number of findings turn out to be false positives — up to 25.9 percent, according to an analysis of the National Lung Screening Trial.3 False positive screening results invariably drive up healthcare costs with unnecessary follow-up procedures, and they represent a heavy emotional burden for the patient left to wonder if they have cancer.

On top of the technical difficulties and high false-positive rates, the American College of Radiology (ACR) suggests provider noncompliance with screening guidelines is at fault for low screening rates. A statement released by the college in May blames physician ignorance of guidelines, lack of patient and physician education on the benefits of screening, and low Medicare reimbursement for LDCT exams.

Data from the ACR suggest that when its Lung-RADS (Reporting and Data System) guidelines are followed, false positives are reduced significantly. A retrospective study applying Lung-RADS criteria to the 48,671 screenings done in the National Lung Screening Trial saw the false positive rate cut in half, from 27 to 13 percent.4

Managing health at the population level like with lung cancer screening requires collecting vast amounts of patient data, and being able to synthesize the data into a picture of both individuals and groups. This is where technological solutions can help providers and researchers by automating the collection and analysis of patient data points, often directly from the EMR.

One technology in particular that could aid in collecting and processing large amounts of data is artificial intelligence (AI), alternatively known as deep learning or machine learning. In the context of lung cancer screening, computers can be taught to analyze clinical images or EMR records and automatically extract relevant data patterns.

A recent study employed radiomics — where an algorithm is taught to identify disease characteristics in clinical images — to evaluate nodules detected in lung CTs. The research team from the Mayo Clinic tested a set of 57 nodule variables, including:

After all of the data was extracted, the researchers determined that eight of the 57 variables could definitively distinguish a benign nodule from a cancerous one.5

For providers looking to expand their screening programs, AI-based analytics solutions can help identify potentially eligible individuals. In one example, Metro Health — University of Michigan Health announced a partnership in August with healthcare data company Eon (formerly Matrix Analytics) to employ the company’s LungDirect platform for lung cancer screening management. The cloud-based deep learning software interfaces with the hospital’s EMR and picture archiving and communication system (PACS) to deliver actionable data. Prior to the implementation, Metro Health had tracked screening with data entered manually by a nurse navigator and flagged for certain keywords. The hospital said this led to many false positive findings, and each record had to be checked manually to see if follow-up
was required.

“We saw a volume increase in our lung cancer screening program as our education outreach efforts in the community ramped up, but managing the program manually was not sustainable or effective,” said Peter Hahn, M.D., chief medical officer at Metro Health. “By implementing EonDirect, we will be able to grow our lung cancer screening and incidental pulmonary nodule programs, with high expectations that both will result in earlier detection of lung cancer, when it is more likely to be curable.”

Ultimately, it is up to the provider and the patient to determine whether lung cancer screening is appropriate. A team from the University of Michigan (U-M) and the VA recently launched a free online tool that can help clinicians personalize this decision-making process for their patients.

The Lung Decision Precision tool gives clinicians a short questionnaire to fill out about their patient to calculate their risk of developing lung cancer. Results are scaled on a green and yellow line; patients in the yellow would have a small but non-zero benefit of screening, while patients in the green are strongly encouraged to get screened.

“Our model is built on a comprehensive view of net benefits for individual patients, which incorporates the best evidence for personalizing the pros and cons of screening and assumes that not all patients will feel the same about screening and its consequences,” explained Tanner Caverly, M.D., MPH, an assistant professor in the Division of General Medicine and Department of Learning Health Sciences at the U-M Medical School.

The same research team also launched a patient information site called ShouldIScreen.com that provides information on the positives and negatives of lung cancer screening. Patients can also calculate their own risk of lung cancer, so they can have a fully informed discussion with their provider.

While advanced technology and patient engagement are essential to any successful screening program, these will be of little benefit if patients do not show up for their appointments. According to Rebecca Mieloszyk, Ph.D., a radiology solutions scientist for Philips Healthcare and affiliate faculty at the University of Washington, the rate of no-show appointments (when a patient misses their appointment with no prior notice given to the provider) for radiology varies between 4 and 40 percent. This represents an estimated $300,000-$400,000 of uncaptured revenue per year in certain modalities.

Mieloszyk and her colleagues at the University of Washington conducted a retrospective study of outpatient radiology exams over a 15-year period to determine patient no-show rates for six common radiology exams and the reasons for a no-show. (Note: CT lung screening was not one of the exam types specifically studied.) Using data pulled from the radiology information system (RIS), they were able to build a predictive model to identify patient attributes most likely to lead to a no-show. They found this was mostly due to demographic factors including age, past behavior and income.

With this information, Mieloszyk said providers can build an effective strategy to reduce radiology no-shows. For example, the researchers found the no-show rate decreased dramatically when exams were scheduled within 14 days of the initial provider appointment. She also noted that allowing scheduling staff to interface directly with this information could lead to higher-percentage scheduling. 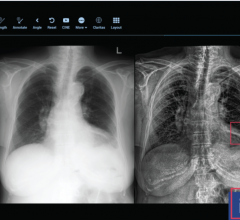