State of the imaging Industry: The New Architecture of Imaging

Advanced applications such as image fusion and reconstruction along with the push for the EHR will require the digitization of medicine. As we enter the molecular age, images and information must coexist and system interoperability, integration and enterprise-wide access are the keys to success. 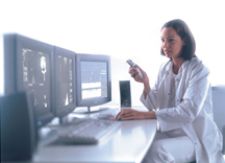 Merge acquired Cedara Software to converge IT and clinical applications.