Relief for a HITECH Headache

All of the questions surrounding the stimulus funding and what “meaningful use” really means is enough to give anyone a HITECH headache. On June 16, the Meaningful Use Workgroup released the definition of “meaningful use” in the “Meaningful Use Matrix.”* I thought they wanted to reduce redundancy. The definition included medical imaging in a couple of places. I’ll map it out for you. In the Health Outcomes Policy Priorities section, just slide your finger to the right until you see the “2013 Measures” column. It reads: Inappropriate use of imaging (e.g. MRI for acute low back pain) [OP, IP]. If I’m reading this right, the plan is to take “measures” in 2013 to prevent inappropriate use of imaging. But what are the measures they plan on taking, and who determines what images are inappropriate?
Again in the “2015 Objectives” tab, it states its goal is “to achieve and improve performance and support care processes on key health system outcomes.” I think that description could use a re-write. In any case, imaging makes a cameo appearance here as “multimedia support (e.g. X-rays).”
While imaging is included in this bare-bones, skeletal outline of the future EHR (or EMR), it is still all very vague.
Maybe the Workgroup couldn’t neatly squeeze in too many words in the matrix — a template I imagine was selected for easy reading. The good news is the authors note in the preamble they are “seeking feedback on how to best frame these measures...to include more extensive and refined outcome measures for ‘meaningful use’ in 2013 and beyond.”
In the meantime, the fuzzy language leaves several critical questions unanswered. Some of the most pressing questions are:
Which healthcare IT systems fall under the “meaningful use” definition?
Will radiology and radiation oncology departments receive stimulus funding for their image management systems that exchange data with EHRs?
How will cash-strapped practices and hospitals pay for EHRs if federal stimulus funds are not available until 2011?
Where can we expect to see a return-on-investment for the EHRs?
To get an expert’s opinion on some of these questions, Imaging Technology News spoke with an industry veteran in healthcare IT research and development — GE Healthcare’s Don Woodlock, who is vice president and global GM of GE Healthcare Integrated IT Solutions. The full interview, How Will the HITECH Act Impact Radiology?, appears as a Web Exclusive on www.ITNonline.net.
One of Woodlock’s key points involves stimulus funding for RIS/PACS. “I think the area where we need most clarity is in the outpatient-imaging environment. They are physicians, they see patients, and RIS and PACS is all they have, and they don’t have another electronic medical record in that environment. It’s my feeling that stimulus funds should be provided for physicians that use technology even though it isn’t a traditional EMR,” said Woodlock.
What is clear, said Woodlock, is that imaging exams are an essential part of the complete patient record, making up 20 percent of patient records. Whether or not that will lead to funds allocated to RIS/PACS or RT PACS, Woodlock sees a definite indirect affect — a positive one — on both radiology and radiation oncology. Woodlock said, “The workflow of the community will be a lot better when everybody has an EMR.” Woodlock also foresees a “meaningful impact” of EMRs on the role of radiologists. For the complete story, go to www.ITNonline.net.
*“Meaningful Use: A Definition.” Recommendations from the Meaningful Use Workgroup to the Health IT Policy Committee June 16, 2009.
References:
1. Brown P, Silberberg P, Thomas R, Strife J, Towbin R. “A multi-hospital survey of radiation exposure and image quality in pediatric fluoroscopy.” Pediatric Radiology 2000;30:236-242.
2. Friedman L, Silberberg P, Butler R, Rainbow A. “A low-dose limited CT scan protocol for evaluation of the sacro-iliac joints.” J Can Assoc Radiol 1993;44:(4)267-272. 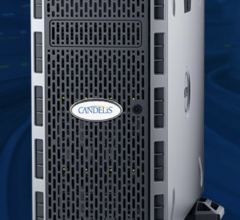 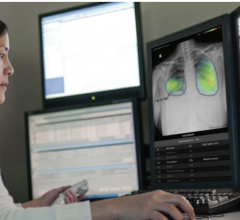