This article ran as an introduction to the Contrast Media Injector comparison chart in the January/February 2020 issue. You can view the chart here. 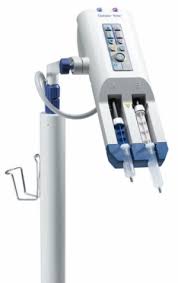 In addition, physicians are wanting a safer contrast media option. In a recent survey presented by Ligand Pharmaceuticals at Federation of American Societies for Experimental Biology — Acute Kidney Injury Conference July 2019, conducted by Giles & Associates Consultancy in October 2018, 63 hospital specialists involved in contrast-enhanced angiography were asked about their concerns and decision-making in selecting contrast agents. These specialists had input or decision-making roles in contrast selection, and included radiologists, interventional cardiologists, radiopharmacists and nephrologists. All respondents were familiar with current contrast agent options. According to the results, the need for safer contrast agents emerged as a common theme.

The survey results stated that “98 percent of survey respondents reported pre-screening prospective patients for elevated renal risk. Nephrologists estimate 23 percent of patients have elevated risk, with associated conditions ranging from anemia and hypertension, to diabetes and history of renal dysfunction.” Ninety percent of responding clinicians reported deferring patients from contrast imaging because of renal risk with, on average, 12 percent of all patients being deferred. The study cites that nephrologists defer considerably more patients than do other specialties (18 percent vs. approximately 11 percent). Other important results from the survey concluded that:

• Increased safety in general was the most desired improvement for IV contrast agents, followed by reduced cost and effectiveness.

• Renal toxicity reduction was identified as the single most important improvement needed with contrast agents.

With this new injector, Bayer said it addresses the changing U.S. healthcare environment which has seen an overall decrease in capital funding. This often results in reduced operational budgets for hospitals, creating the need for institutions to work more efficiently and economically while maintaining quality patient care. The Medrad Stellant Flex CT injection system was designed to help address these clinical and financial challenges.

The contrast media injectors market is projected to reach $1.83 billion by 2024 up from $1.33 billion in 2019, at a compound annual growth rate (CAGR) of 6.1 percent during the forecast period, according to the “Contrast Media Injectors Market by Product, Consumables, Accessories, Application and End Users — Global Forecast to 2024” report from ResearchAndMarkets.com.

The report cites factors such as the growing prevalence of cancer and cardiovascular disease; a growing list of approvals for contrast agents; and increasing investments, funds and grants by government organizations that are driving the growth of this market. Yet cost plays a factor, and according to the report, the high cost of contrast media injectors, and also consumables and accessories, is somewhat restraining the growth of the market.