An acute care unit, an ED and a respiratory care department all find great rewards from CIMS automation — even among their biggest skeptics. 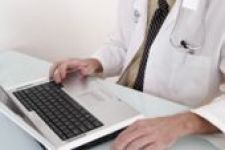