One-third of all diabetics will develop some form of kidney disease. In fact, doctors believe that diabetes is the main cause of end-stage renal disease. According to the National Institute of Diabetes and Digestive and Kidney Disease, 14.6 million people have been diagnosed with diabetes in the US, and 6.2 million people with diabetes remain undiagnosed. This equates to 7 percent of the US population.

“ImmunoDip excels as a fast, simple and accurate test for microalbuminuria, a disorder that serves as a warning flag for a number of diseases such as diabetic kidney disease, hypertension, heart disease and the complications of those diseases impacting millions of patients,” said Norman Proulx, chief executive officer of Healthcare Providers Direct. “The sensitivity of this test allows physicians to reliably detect the lowest concentration of microalbumin in the urine making it a valuable screening tool for patients who otherwise have no symptoms and who are in the earliest stages of the disease,”

Standard albumin tests require 24 hours to obtain results and lack the sensitivity of ImmunoDip that detects as little as 18 mg/l of albumin in the urine. Microalbuminuria is indicated at 20-30 mg/l. With ImmunoDip, physicians can complete the test in their office with a simple negative or positive indication within three minutes. With an on-the-spot result, the physician can immediately provide the patient with the next treatment steps.

The American Diabetes Association recommends a microalbumin urine test for people with Type 2 diabetes: first at diagnosis and then yearly for diabetic nephropathy (kidney disease). The ImmunoDip test is CLIA-waived and approved for insurance reimbursement. 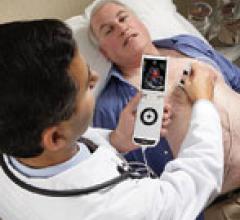