February 19, 2008 - Seventy percent of Americans would be more likely to vote for a presidential candidate who supports the creation of a nationwide health information network (NHIN), according to 1,000 Americans recently surveyed by Computer Sciences Corp. (CSC).

The survey explores people's voting tendencies and attitudes related to health information technology (IT) during a presidential election year. While a majority of Americans see the value of a nationwide health network, more than two-thirds (67 percent) of those surveyed have never heard presidential candidates discuss health IT or electronic healthcare records (EHRs).

Enabling health institutions and medical professionals to have electronic access to medical records is an important issue according to the survey results. This is especially true among the younger, tech-savvy demographic, where 84 percent of those ages 18-24 would be more likely to vote for a candidate who supported the creation of a NHIN, compared to 68 percent of Americans over the age of 25.

“Americans want to see the IT capabilities in healthcare that many other industries such as banking already have, but it will take a partnership between private industry and the government to achieve that result,” said Dr. Robert Wah, chief medical officer for CSC’s North American public sector business unit.

Prior to joining CSC, Dr. Wah served as acting deputy national coordinator for health information technology at the U.S. Department of Health and Human Services, advancing President Bush’s executive order to have EHRs for the majority of Americans by 2014.

“By providing better information that enables patients, doctors, healthcare institutions and the government to make better decisions, health IT can dramatically improve the quality of patient care, saving lives and money,” Dr. Wah added. “To address the problems of our healthcare system, the next president will have to look to information technology for sustainable solutions.”

The survey results concur with some findings from a 2005 Rand study, which showed the U.S. healthcare system could save more than $81 billion annually and improve the quality of care if electronic records were adopted.

EHR benefits cited in the CSC survey includes 60 percent of Americans believe patient care can be improved with rapid, secure access to individual health records, especially in the event of an unexpected crisis such as a biological or chemical attack. Thirty-six percent of survey respondents believe EHRs lead to fewer hospital errors. Forty-eight percent believe EHRs will lead to decreased costs and hassle.

The value of health IT doesn't stop with EHRs, according to the survey. In fact, three out of four (77 percent) respondents said a national system can address some of the most critical health issues in the U.S., such as improving the quality of patient care (60 percent); facilitating faster and better medical research (43 percent); ensuring a quicker response during a national crisis such as epidemics or biological and chemical attacks (39 percent); ensuring government healthcare programs deliver the highest quality at the lowest costs (29 percent); and decreasing fraud (28 percent). 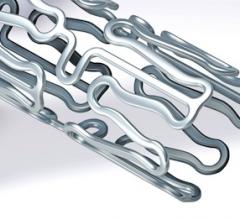