July 10, 2009 – New British Heart Foundation (BHF) research(1) revealed today suggests for the first time that the way blood flows through our arteries may boost an antioxidant effect of statin medicines.
The discovery at Imperial College London is the first evidence of biomechanical forces affecting the action of a commonly used drug and could point the way towards new targets to improve artery health throughout the body.

Statins lower harmful LDL cholesterol. In 2008, nearly 50 million statin prescriptions were written for people at high risk of heart attack in England(2), where reports estimate they save nearly 10,000 lives each year(3). The drugs are also thought to have other heart-protective actions, which may include their ability to produce antioxidants in the cells of our arteries by boosting levels of the enzyme heme oxygenase-1 (HO-1).

Researchers in Cardiovascular Sciences at Imperial College London investigated the antioxidant potency of statins in different parts of the circulation by measuring the amount of HO-1 in endothelial cells that line arteries.

Dr. Justin Mason, Dr. Faisal Ali and colleagues discovered in human tissue culture and in mice, the increase in HO-1 induced by the statin was significantly higher in cells exposed to fast and regular blood flow, compared to those cells exposed to sluggish or disrupted blood flow.

"Arteries don't clog up in a uniform way,” said Dr. Mason, who led the team from the National Heart and Lung Institute, Imperial College London at Hammersmith Hospital. “Bends and branches of blood vessels, where blood flow is disrupted and can be sluggish, are much more prone to fatty plaques building up and blocking the artery. What we've shown is that those regions of the arteries most likely to become diseased are the same regions that may not be benefiting maximally from statin treatment – a double whammy. We now hope to use these findings to identify a way to get the most out of statins or to find other ways to switch on protective mechanisms in vulnerable areas of arteries."

Research suggests the cells lining our arteries can sense shear stress exerted by blood flowing past them, and this affects their ability to keep the artery healthy. Straighter sections of arteries, with no branches, tend to have faster blood flow and are more protected from build-up of fatty plaques.

"This research demonstrates how the physical forces inside blood vessels may influence the local action of drugs such as statins,” said professor Peter Weissberg, medical director of BHF. “The findings open avenues of investigation that could lead to greater health benefits of statins being realized. Previous research has revealed that endothelial cells produce protective biological signals in parts of the artery where blood flow is fast and uniform and that this is lost in areas where blood flow is disrupted or nonuniform, leading to build-up of dangerous fatty deposits. This study shows that differing forces of blood flow may also cause the endothelial cells to be less responsive to a potentially protective antioxidant effect of statins.”

The research is published in the Journal of Biological Chemistry.

(2) NHS Information Centre. “Prescription Cost Analysis 2008,” http://www.ic.nhs.uk/webfiles/publications/PCA%202008/PCA%202008v2.pdf ?NB. The number of prescriptions is not the same as the number of people taking statins. The Department of Health website says that around 2.3 million people are receiving statins in the U.K. http://www.dh.gov.uk/en/Healthcare/Coronaryheartdisease/Statins/index.htm 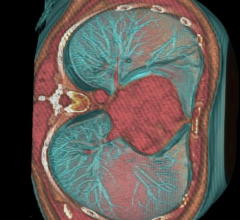 News | March 25, 2014
Study Shows Heart Scans Not Always Useful in Prescribing Statins
As long as inexpensive statins, which lower cholesterol, are readily available and patients do not mind taking them, it...
read more
News | September 30, 2013
Average Phase I Trial Costs Approach $9,000 Per Patient Per Month
A study by Cutting Edge Information found that pharmaceutical companies measure cost per patient per month to allow...
read more 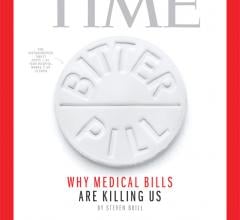 Feature | February 21, 2013
Time Does Deep Dive Into Healthcare, Identifies Flaws in Reform
Time Magazine releases the dramatic findings of a months-long investigation by contributor Steven Brill into how...
read more 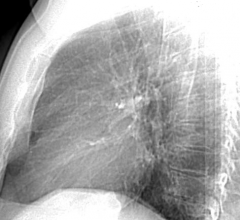 Feature | April 02, 2012
Seeing is Believing With Clogged Arteries
It seems a picture is worth more than a thousand words for people who see evidence of coronary artery disease, the most...
read more 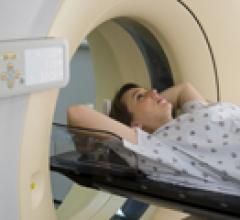