Agents of Change: iPads On Track To Be Radiologists' BYOD of Choice 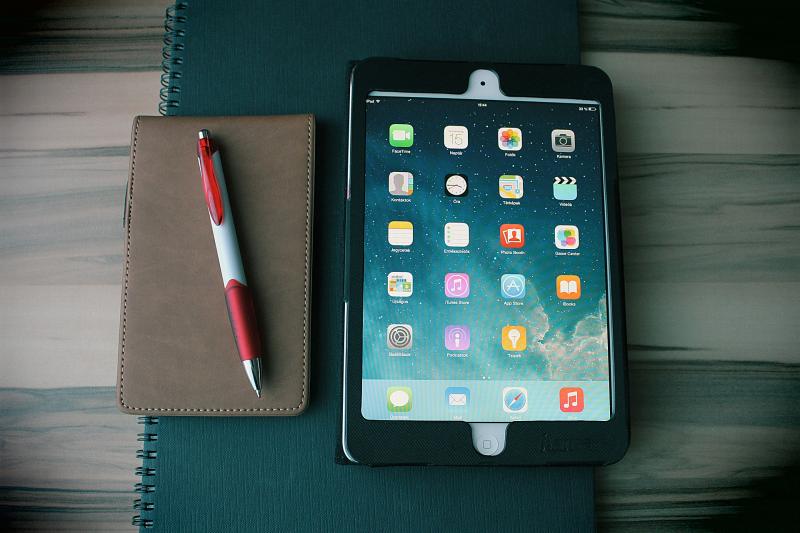 The bring your own device (BYOD) trend offers unprecedented flexibility in radiology. Mobile devices, tuned to suit the user, display medical images anywhere at a moment's notice. There are several advantages to BYODs. Because these devices are tuned the way their owners want, training is not needed. They have already been purchased, so there are no new capital equipment costs. And these devices — because they serve all purposes — have maximum utilization.

For radiologists, few mobile devices are better suited to be a BYOD than the iPad thanks to falling prices, improving resolution and increasing comfort by users with touch screens. The latest delivers "a brighter 9.7-inch Retina display and the best-in-class performance," according to Apple, while being priced substantially less than the previous model.

Even iPads introduced years ago have what radiologists need. For example, ones released in 2013 and later can run iOS 10, Apple's latest and most secure operating system. Launched in late 2015, the cereal-box sized 12.9 inch iPad Pro with its 5.6 million pixels can easily stand in for a laptop. And it's battery can last up to 10 hours. (A new version — the iPad Pro 2 — is expected out later this year.)

The value of iPads as mobile devices and their roles in radiology have been long and widely documented. Its potential to evaluate emergency computed tomography (CT) brain scans was detailed already in an April 2012 issue of Emergency Radiology in which authors concluded that the iPad "allowed satisfactory identification of acute CT brain findings."

More recently, a British Journal of Radiology article (published online Feb. 1, 2016) explored the future role of mobile devices in emergency radiology. Its authors concluded that "the best use of mobile devices is to be available to consult directly with patients about their imaging findings and to the clinical team during rounds and at handover." The Canadian radiologists went on to write that bringing the radiologist to the clinician and patient will help "us to better understand the patient's presentation, educate both the physician and patient, and increase the visibility and value of the radiologist as a member of the clinical care team."

Of the hundreds of radiology apps for mobile devices in general and the iPad specifically, many are for reference or educational use. Notable among them is Radiopaedia, a reference app that accesses an enormous collection of radiology cases and articles. The underlying goal is to create an up-to-date resource of information. But the effect has been to build a community of like-minded radiologists, according to the Radiopaedia.

While this app is for both the iPad and iPhone, a different app — Radiology Assistant for iPad — is built for the tablet. A reviewer wrote "If you are about to take your board exams, this is golden! But also if you are just interested in the true art of diagnostics, this is not only nice but FUN."

Whether mobile devices can display images of diagnostic quality is less certain. The resolution of iPads released even five years ago (Retina displays with a 2,048 x 1,536 pixel matrix) rival that of some monitors found in reading rooms.

And authors of a British Journal of Radiology article concluded in June 2015 that "the diagnostic accuracy of radiological interpretation is not compromised by using a tablet computer." They limited their conclusion to the Apple iPad and to CT, MRI, and plain radiography.

Still legal and regulatory issues must be considered along with the technological. When the Food and Drug Administration has shown flexibility regarding the use of mobile devices to display images, it has been conservative. In 2014 the regulatory agency cleared Siemens' sale of syngo.via WebViewer only for reviewing medical images remotely on an iPad.

Often unstated but widely recognized is the ability of radiologists to use iPads to access images remotely and quickly (with nearly instantaneous boot up). While this is good — iPads provide easy access to images and potentially fast responses by physicians — image quality is vulnerable to surrounding conditions.

On the plus side and less appreciated is the potential of using voice recognition, in the form of Siri technology, to dictate reports, as well as video phones via Skype or FaceTime for consultation with referring doctors and patients (capabilities that can be accessed also on Android devices, of course).

All this — particularly in the context of widening consumer adoption of this sleek, easy-to-carry device — argues for the iPad as an agent of change, one that is already in the hands of many who could use it professionally.

Editor’s note: This is the first blog in four-part series on Agents of Change.