A Better Way to Get Paid 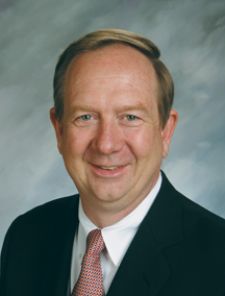 What’s your perspective on the current reimbursement conundrum in which physicians find themselves?
I think the reimbursement side of healthcare, whether for hospitals or for one physician, is just very complex. For adult areas of care, Medicare is a main driver of the policies, but it’s very dependent on what occurs in the local area. The local major payers dictate what their requirements are in order for providers to get paid. These requirements can be similar or significantly different. We continue to see more and more documentation that is required to substantiate the level of service. At the same time, we’re seeing an increase in claims that are being denied because of inadequate information.
And the situation is getting worse because of the continuing complexities of the different payers. Many of the payers, even though they have insurance companies on their names, are really third party administrators for corporate sponsored plans, and each one of them is designed differently. Each one has its own rules, and each one will reimburse differently. There are lots of layers and a lot of different requirements.
What are Cerner’s ideas for making the reimbursement process more efficient?
There is an incredible amount of administrative expense tied up in handling the whole economic side of the healthcare transaction, which includes hospital and physician office employees, insurance companies, utilization review companies and case management companies. There are just a whole slew of different parties involved in a healthcare transaction.
We believe that a major way to change healthcare is to see this whole process as one that is highly automated. It could closely resemble what you have with your MasterCard or Visa. This card, whether connected to your credit card or to your payer, could be scanned at the physician’s office or the hospital and would feature automatic eligibility or upfront, proactive adjudication. When that information is ultimately passed to the payer electronically, payment would be made that day or within a very short time thereafter.
The idea is to completely automate the process. Probably the best example is to look at what's happening in the consumer retail market. The use of a credit card or a debit card is ubiquitous in this day and age in all sorts of transactions. This was initially fueled in the late ‘80s and early ‘90s by American Airlines with their Advantage Card and earning points for miles. It succeeded in getting people interested in using the cards as much as they possibly could for every transaction. Today, no one thinks twice about using the credit card to charge a $2.50 coffee at Starbucks, and I think that same kind of thinking and infrastructure needs to exist in the healthcare structure. That is the only way that we are going to undo all this administrative cost within the whole delivery system.
In this scenario, who is the originator of the card and what makes it work as a health benefit payment?
One could argue that it could be a MasterCard or Visa. What is essentially  needed is some kind of national identifying number. There is going to have to be some way in which there is a clear understanding of who the patient is. That is something that, nationally, we have had a hard time coming to grips with. If there is a national identifier number for healthcare, then it can be tagged to a MasterCard or Visa card, an independent card that's part of the patient’s employer-provided health plan, Medicare or whoever the aggregator is for the healthcare provisions.
What would be the patient incentive to use the card?
Just the ease of use and not having to hassle with any of the bills that always occur subsequent to a physician or a hospital visit.
The payment and everything should be upfront. If there was a co-pay or a deductible, that would be transparent to the individual at the time of service rather than getting five or six statements and trying to sort out what's what. It will enable people to better understand what their requirements are rather than  waiting 90 to 120 days later to sort it out on the back end.
Are there any potential drawbacks to the system you envision?
I think the big drawback is the level of investment into technology that it is going to take to make that transition. Healthcare, as an industry, does not make the same level  of investment in IT as other industries. It started to increase, especially with the advent of CPOE implementations, which are being pushed by regulatory agencies, Leap Frog and major corporate entities that see the value and benefit of quality being chained through the support of technology within the care processes.
It is kind of this double investment period in which you still have the old incumbent system, but you need to start making investments in the new technology. That will occur when people see the trade-off.
I know it sounds like kind of a magic wand, but if we are successful in automating the complete patient business service function within a hospital, in such a way that all the claims, as a general rule, don't have to be touched, you are talking about incredible savings. But to get there, you are going to have to make the upfront investment. Hopefully we will see increases in ROIs that will make it that much easier to do.