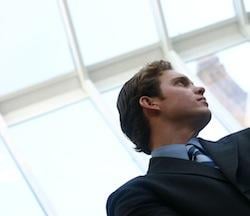 January 9, 2012 – Accuray Incorporated announced publication of a study describing the clinical outcomes of prostate cancer patients treated with stereotactic body radiotherapy (SBRT) using Accuray's CyberKnife robotic radiosurgery system in a manner that mimics high dose rate (HDR) brachytherapy dosing within the prostate gland. The University of California at San Francisco (UCSF) study, published in the January 2012 issue of the International Journal of Radiation Oncology - Biology - Physics (IJROBP - commonly known as the Red Journal), employed a radiation dose scheme following that of conventional invasive HDR brachytherapy to deliver high doses of radiation to regions of the prostate known to have a higher burden of prostate cancer cells, rather than delivering a single uniform dose to the prostate. Patients with organ confined prostate cancer were treated in four short outpatient treatment sessions. Historically, HDR brachytherapy has been shown to be an effective treatment for prostate cancer, but requires the insertion of invasive catheters into the prostate making this treatment difficult for patients and technically challenging for physicians, limiting its widespread adoption. The CyberKnife System is able to easily and quickly mimic this proven treatment in a noninvasive manner because of its ability to create and paint complex doses within the prostate.

The study, "Stereotactic Body Radiotherapy as Monotherapy or Post–External Beam Radiotherapy Boost for Prostate Cancer: Technique, Early Toxicity, and PSA Response," reported on 38 patients ranging in age from 54 to 82 years with a minimum follow-up of 12 months. Twenty of the 38 patients were treated with CyberKnife SBRT monotherapy and 18 were treated with CyberKnife SBRT boost following external beam radiotherapy (EBRT). The research found that CyberKnife SBRT was well tolerated and after a median follow-up of 18.3 months, reported progression free survival was 100 percent.

"The results are encouraging, especially when compared to historic experience for invasive HDR brachytherapy for patients with prostate cancer," said Siavash Jabbari, M.D., lead author of the study, and currently a radiation oncologist at Advocate Lutheran General Hospital, Park Ridge, Ill., "The CyberKnife System enables us to replicate HDR brachytherapy dosimetry and these early results suggest that we are able to achieve excellent clinical outcomes without the invasiveness and disadvantages of HDR brachytherapy."

Prostate SBRT is a difficult treatment that requires high degrees of accuracy and precision and the ability to actively track and correct for prostate motion during treatment. The creation of these very high dose regions (while limiting dose to organs such the urethra, bladder, and rectum) during a prostate SBRT course is enabled by the CyberKnife System's ability to sculpt dose and create complex dosing schemes to match the optimal clinical objectives for a patient. The CyberKnife System's robotic capabilities allow it to make active corrections for prostate motion during treatment, enabling clinicians to confidently deliver prostate SBRT while sparing the surrounding critical tissues.

In addition to the publication of the study in December, the second of two, multi-center Accuray sponsored CyberKnife prostate SBRT clinical studies, which focused specifically on prostate cancer patients treated with CyberKnife SBRT with HDR-like dosing, completed accrual. This multi-center prospective study involving 19 centers was led by Donald Fuller, M.D., of the CyberKnife Centers of San Diego and completed patient accrual this past month with treatment of 253 patients who are now in follow-up. This study, along with the other Accuray sponsored CyberKnife prostate SBRT multi-center study led by Swedish Cancer Center in Seattle, create the largest multi-center clinical experience for prostate SBRT to date and will serve as a strong foundation to support the long term clinical benefits and differentiation of the CyberKnife system in delivering prostate SBRT.