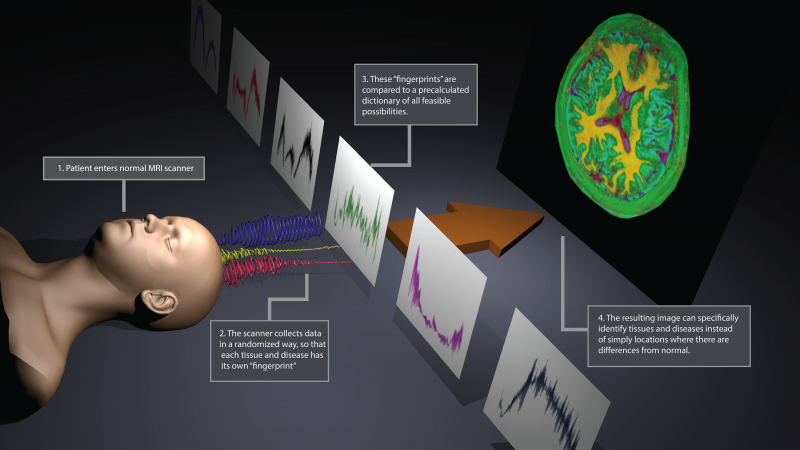 Only one radiological modality – mammography – is used today for screening. Yet, as America hurdles toward preventive medicine, screening is where it will be at. Now researchers in Cleveland are floating the idea of using MRI as a standard procedure in annual checkups.

This is not the MRI of the present, which sequesters patients inside a superconducting magnet for a half hour or more. This is a quick, radically new kind of MR – the MR equivalent of fingerprinting – that might one day scan whole patients for early signs of cancer, multiple sclerosis and heart disease in just a few minutes. And it can be done on a standard high-field scanner.

One of the investigators, Mark Griswold, Ph.D., a radiology professor at Case Western Reserve School of Medicine, says he and his colleagues “had to give up everything we knew about MRI and start over.”

Their work appeared March 13 in the online edition of the UK journal Nature, itself a nontraditional way of getting the word out on a radiological development. The president and CEO of Siemens Healthcare North America, which has been underwriting the research, believes this new technique could have broad ramifications for patients in five or ten years.

It’s taken a decade for the Cleveland team to get where they are now, doing much of the developmental work on a Siemens Espree 1.5T scanner. Scans done with the new technique reveal a fingerprint of tissue health, Griswold says, comprised of what might appear to be a cacophony of MR signals. These are produced by varying different parts of the electromagnetic fields that the Cleveland researchers use to probe the tissue. The signals carry information about key physical properties of the tissues. The signals are analyzed, quantified and charted to reveal patterns associated with health or specific diseases and their degree of progression.

In their Nature paper, the researchers report that MR fingerprinting “provides an alternative way to quantitatively detect and analyze complex changes that can represent physical alterations of a substance or early indicators of disease.”

If their preliminary results hold up, MR fingerprinting would be the first truly novel development coming out of MR in decades. And the timing couldn’t be better, given the push for healthcare reform and its emphasis on cost reduction, disease prevention and early treatment. 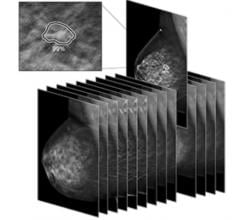 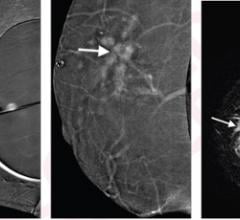 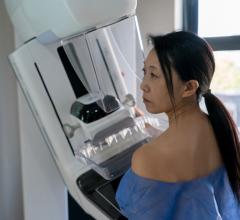 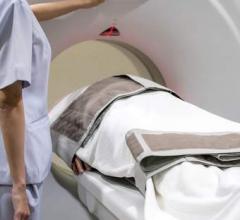